Showing posts from October, 2017
Show all

Why I prefer minimalist art styles in games 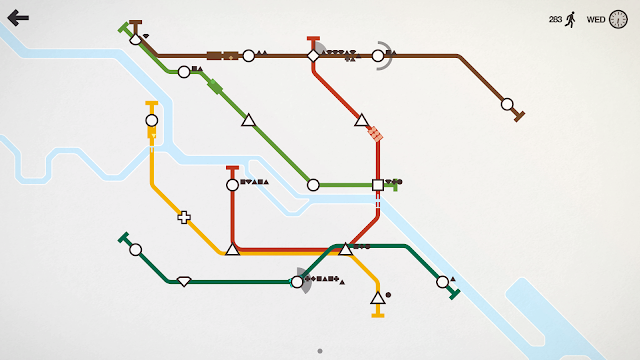 I'm a big fan of minimalist art styles in games - simple lines and shapes, dashes of color, the occasional complex geometry, etc. I like the way it looks, but there's more to an art style than just the way it looks. Mini Metro. Image from official press kit. Check out the GDC talk . Games have had a long history of trying to mimic reality, especially big-budget games made by large companies for mass audiences. It can be impressive to see how far technology has come, but basing games in realistic worlds runs counter to game design. Real life has a lot of limitations, and games based on real life have to devote a lot of effort to explaining why you can do things that can't be done in real life, or they blatantly ignore such conflicts and go for the "it's just game logic" option. Whether or not you care about immersion, this is a problem that wouldn't exist if the game wasn't based in reality. Rise of the Tomb Raider. Image from vg247.com. The pla
Post a Comment
Read more
More posts